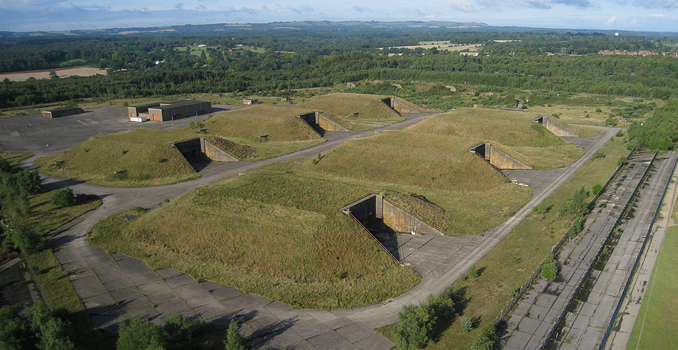 The scope of the Raf Greenham project was to asses and execute the conversion of its existing facility into a commercial mixed-use scheme.

Greenham Common airfield was built to the Class A airfield standard, the main feature of which was a set of three converging runaways, each being a concrete runway for takeoffs and landings, optimally placed at 60-degree angles to each other in a triangular pattern connecting to an enclosing perimeter track, of standard width of 50 feetwith

In 1993, Kingston worked with a development team to assess the feasibility of converting the existing facility into a commercial mixed-use scheme.