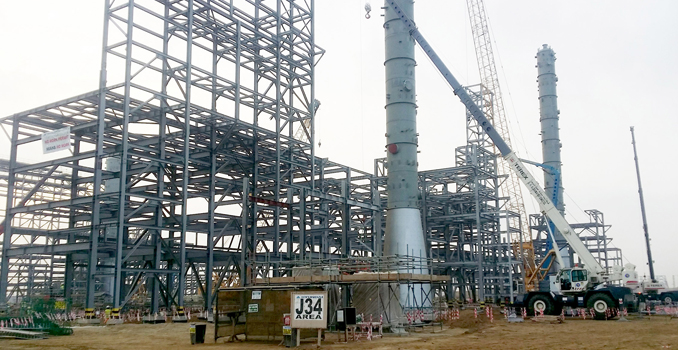 Saudi Aramco’s new Jazan Refinery will be a grassroots facility with an anticipated capacity of up to 400,000 barrels per day (BPD).  Jazan Refinery & Terminal Project #2 Package (Piping)

The proposed facility will be located in Jazan, Saudi Arabia. The Jazan Refinery and Terminal project is expected to support the future development of Jazan Economic City.  The additional refined products from the new facility will satisfy the growth in domestic demand within the Kingdom of Saudi Arabia.The refinery will be capable of processing Arabian crude oils to manufacture approximately 75,000 bpd of gasoline, 100,000-160,000 bpd of ultra-low-sulfur diesel (10 parts per million), and 160,000-220,000 bpd of fuel oil, depending on the crude mix processed.

It is envisioned that the proposed refinery will ultimately be integrated with a future nearby world scale-power and water facility.  The marine terminal will have the capability of receiving Very Large Crude Carriers for the supply of crude to the refinery and will have berths to support product exports from the refinery.