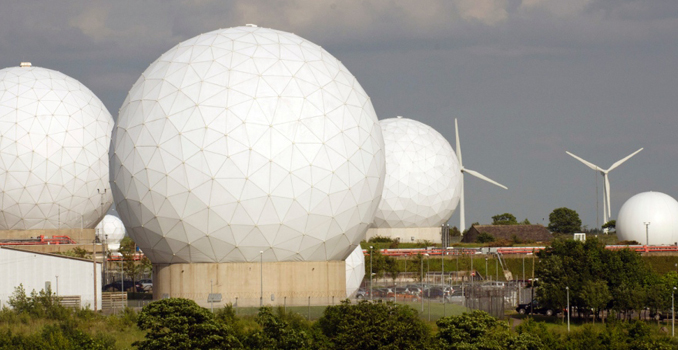 R.A.F. Menwith Hill is a Royal Air Force station near Harrogate, North Yorkshire, which provides communications and intelligence support services to the United Kingdom and the United States of America. The site contains an extensive satellite ground station, is a communications intercept, missile warning site, and has been described as the largest electronic monitoring station in the world.

The site acts as a ground station for several satellites operated by the U.S. National Reconnaissance Office on behalf of the U.S. National Security Agency, with antennae contained in many highly distinctive white radomes.

In 1996, Kingston worked on the upgrade and delivery of the radomes.