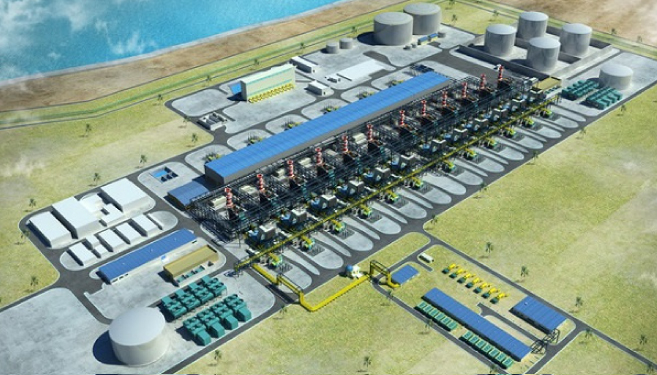 The Qurayyah Combined Cycle Power Plant in K.S.A. has a total generation capacity of 4,600 MW and its operations are spanned over an astonishing plot of 1.5 million square meters.

In 2007, Arabian B.E.M.C.O. was awarded a SAR 2.1 billion (USD $570 Million) contract with S.E.C. to build the 2,500 MW Qurayyah Open Cycle Power Plant in the Eastern Province of K.S.A. Under the engineering, civil construction and mechanical erection package, Arabian B.E.M.C.O. was assigned to install gas fired turbines at the plant supplied by the U.S.’ G.E. Energy.

In 2010, a SAR 2.06 billion (USD $550 million) extension contract was awarded to Arabian B.E.M.C.O. to convert the Open Cycle Power Plant to a Combined Cycle Power Plant by adding five steam turbines and fifteen Heat Recovery Steam Generators (H.R.S.G.s) to the existing facility, undergoing the required civil and marine works, having a total capacity of 1,300 MW per year.  This brought the plant’s full power to 3,800 MW when the project was completed by early 2015. Later on in 2012, Arabian B.E.M.C.O. signed another extension contract (Block 6) of 800 MW to the Combined Cycle.

In 2015, Kingston was awarded a case management consultancy contract by Sejong Corporation and prepared a substantiated claim against the contractor for a multimillion USD claim.